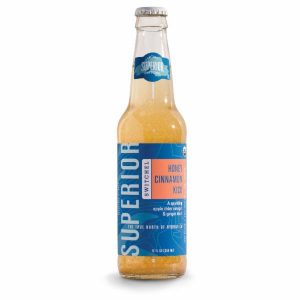 A Few Of Our Favorite Things: Non-Alcoholic Beverages

Alright. You have heard enough from us about beer, spirits and cocktails. But we swear that’s not all we drink! In fact, here are some of our favorite non-alcoholic beverages we’ve been sipping recently.

Have you tried a non-alcoholic beer yet? Wellbeing is the first non-alcoholic craft brewery solely dedicated to brewing beer with no alcohol (St. Louis proud!). So whether you are trying to be more health-conscious or want to drink responsibly, we suggest the Intrepid Traveler Coffee Cream Stout for the perfect blend of cold brew coffee and classic stout.

Tulsi, also known as holy basil, is an aromatic perennial plant native to the Indian subcontinent. With the right amount of spiciness and powerful Tulsi, Organic India has created a restorative, calming and energizing infusion we can sip all day.

Ski, Double Cola Company (or Excel Brewing as we know it)

Enough with all the healthy, good-for you stuff! We’re all from the Midwest, so we grew up sipping Ski from the next county over. Ski Citrus Soda was formulated in Chattanooga, Tennessee, but we better know it from Excel Bottling Company. If you could imagine Will Ferrel’s obnoxious kid from Talladega Nights: The Ballad of Ricky Bobby “I’m all jacked up on Mountain Dew” times 10, that is Ski. The neon yellow, sugar high soda is slowly taking over St. Louis, and if you are lucky, they are creeping into a store near you.