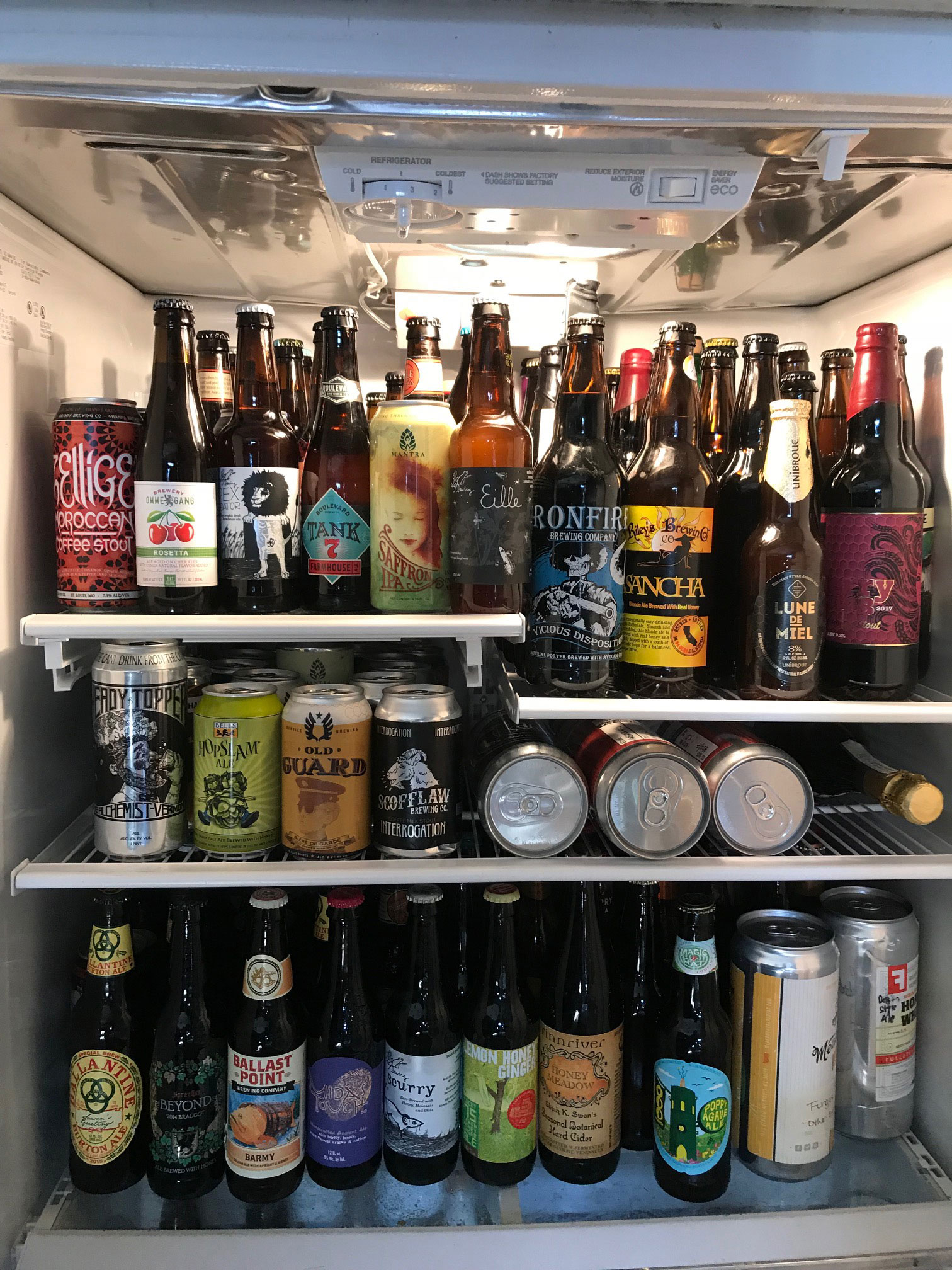 What to Make of 2017 Beer Industry Sales

The number of new craft breweries in the United States is exploding through the roof. The number of people drinking beer has remained stable. Something’s gotta give, and recently released sales stats from IRI Worldwide provide a bit of insight.

I’ll attempt to mine this insight into a cognitive blog post heady enough to satisfy beer nerds, but straight-forward enough to intrigue those still buying Bud Light….and speaking of Bud Light…

Why are you people still drinking light beer?

Let’s kick off this exercise in analysis by offending a large portion of my readers! For the 16th year in a row, Bud Light was the best-selling beer in the United States. No surprise there. What is surprising is Budweiser dropped out of the top three, being replaced by Miller Lite in the #3 spot. Coors Lite comes in at #2.

So for the first time ever (maybe?), we have light beers dominating beer sales. But before we throw a party for Miller Lite , it’s important to note that the brand’s ascension was due more to Budweiser’s failings than its own success.  In fact, both brands reported declining sales in 2017, with Miller Lite dropping 1.6% in volume and Budweiser volumes plummeting almost 6%.

Picking up the slack for the declining domestic premium brands category…

Imports: The second largest category in beer sales had a great year with an 8.4% increase in dollar sales.

Craft Beer: A 5.6% increase in dollar sales and a 3.6% jump in volume sales seems positive, but actually comes with quite a few mixed signals, as detailed below.

Domestic Super Premium: An even more important question than “Why are you people still drinking light beer?,” is “Who are you people drinking Michelob Ultra?” Sales of the “fitness” beer were up double digits in 2017.

Craft beer is booming! Or is it?

Depends on who you ask. On the positive side, a skyrocketing number of breweries continue to open. Plus, positive numbers were posted in 2017 dollar and volume sales.  However, these good tidings were tempered with quite a few popular craft breweries shuttering operations in 2017. And, even more craft breweries are responding to market pressures by significantly scaling back operations.

From a retail sales perspective, many pioneering craft breweries and brands did not fare well in 2017. These are core, gateway beers that many of us first turned to when we realized there was a world outside of Bud Light.

The picture this paints is one of loyalty among the types of beer drinkers in the United States. Bud Light drinkers will always drink Bud Light regardless of how many other beers are readily available and taste better. They are loyal to the brand. I used to be in this clan. Growing up in St. Louis, I don’t even remember bars selling anything other than Anheuser-Busch products.

Conversely, the craft beer drinker is not loyal to craft beer brands. I’m the perfect example. I love beer, and I’m thankful to live in a time where there is so much amazing beer to choose from. However, my choices aren’t limited to one, or even a handful of craft beers. I purchase based on season (saisons in summer, stouts in winter), reputation of the brewery, availability and countless other variables.

There are a few beers I’m loyal to, and will always find in my refrigerator, mainly Perennial Artisan Ales’ Saison de Lis and Urban Chestnut’s Zwickel. But even these two beers share cooler space with at least 30 other brands and styles of beer I currently have available in my garage. Check out the photo above. That’s my beer fridge!

This lack of “loyalty” is great for a beer drinker, as craft breweries are producing amazing beers trying to capture the wandering eye of the craft beer drinker?

However, is the necessity of craft brewers to churn out new beers at breakneck speeds actually harming their long-term businesses. In the current climate, it’s very easy for a brewery to be the toast of the town one year, then experience sharp declines the next when their latest offering doesn’t resonate.

Only time will tell how this climate plays out in 2018. I’ll be watching, and I hope you will as well. If you have any questions about the beer industry, don’t hesitate to email me.